The Youngs, who live in Beecroft, ceased trading on Monday, and placed their business, Mesh Hotels Pty Limited, into voluntary liquidation following insolvency.

Mrs Young blames a lack of people coming to Windsor, and told the Gazette she thought Hawkesbury Council should take charge of the problem.

“There just doesn’t seem to be the people [in Windsor] and the rent is really quite high. It’s very sad because it’s a bit of a Windsor icon.

“This year is actually its 165th birthday and we were hoping to do some celebratory activities. However the bills were just piling up and the people were not coming in in sufficient numbers to sustain the expenses. 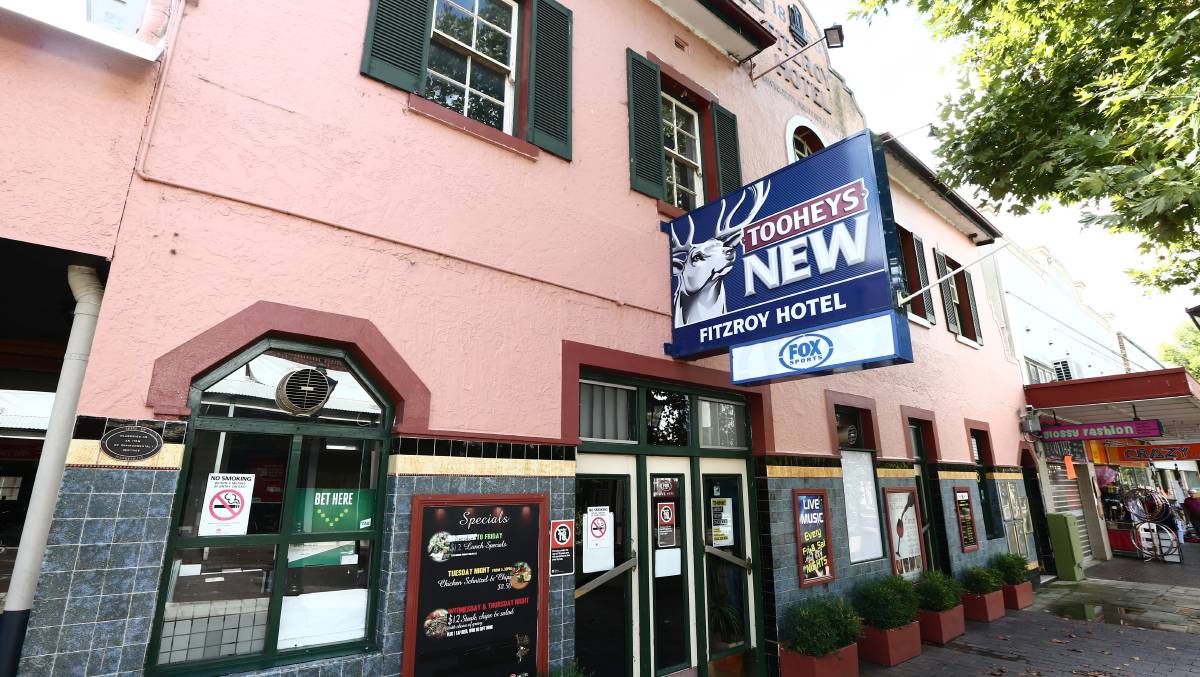 The Fitzroy Hotel in Windsor closed its doors on Monday. Picture: Geoff Jones

The Youngs purchased The Fitzroy Hotel - affectionately known to locals as ‘The Fitz’ - in July last year, hoping it would provide them with an income and an interest during retirement. The couple both work fulltime as school teachers.

The family used to live in Oakville, at which time Mrs Young worked at Arndell Anglican College. She said she’s been associated with Windsor for 30 years.

“I love the area - that was one of The Fitz’s draw cards, the location. I was happy living here, and I wanted to be part of it again,” she said.

“You can’t have your staff coming into work if you can’t guarantee you’ll be able to pay them. We had to make that difficult decision.”

The day the Gazette interviewed Mrs Young, a valuer was at The Fitz sizing up the business’s assets, to be divvied-up among creditors and shareholders.

“We don’t quite know what the next step is. We haven’t gone through this process before. They have some sort of priority list. I’m just hoping that the creditors get paid because they’re a lot of small business people, too,” she said.

“Depending on what the liquidation process yields and the paying-out of people who have to be paid-out, I suppose if it all goes very pear-shaped, we could have to sell our house.

“We hate to take away something that a lot of people were very fond of, but it just wasn’t sustainable. We just couldn’t let it go on.”

Mrs Young said she hadn’t heard of any interest in the business from potential buyers, but she hoped The Fitz would live on.

“If there was some way it could open again, I think it would be good for the area and obviously the staff if they could come back,” she said.

“If there was anyone out there who would like a big pink pub with an amazing history, and rumours of ghosts upstairs! Apparently there used to be a third level, but somewhere back in time there was a fire. It’s quite an historic building, and there are a lot of stories here.

“My hope for The Fitz is that somebody can come along and buy it and basically resurrect it, return it to what it was and keep it open. It’s been a pub for 165 years so it would be sad to lose it.” 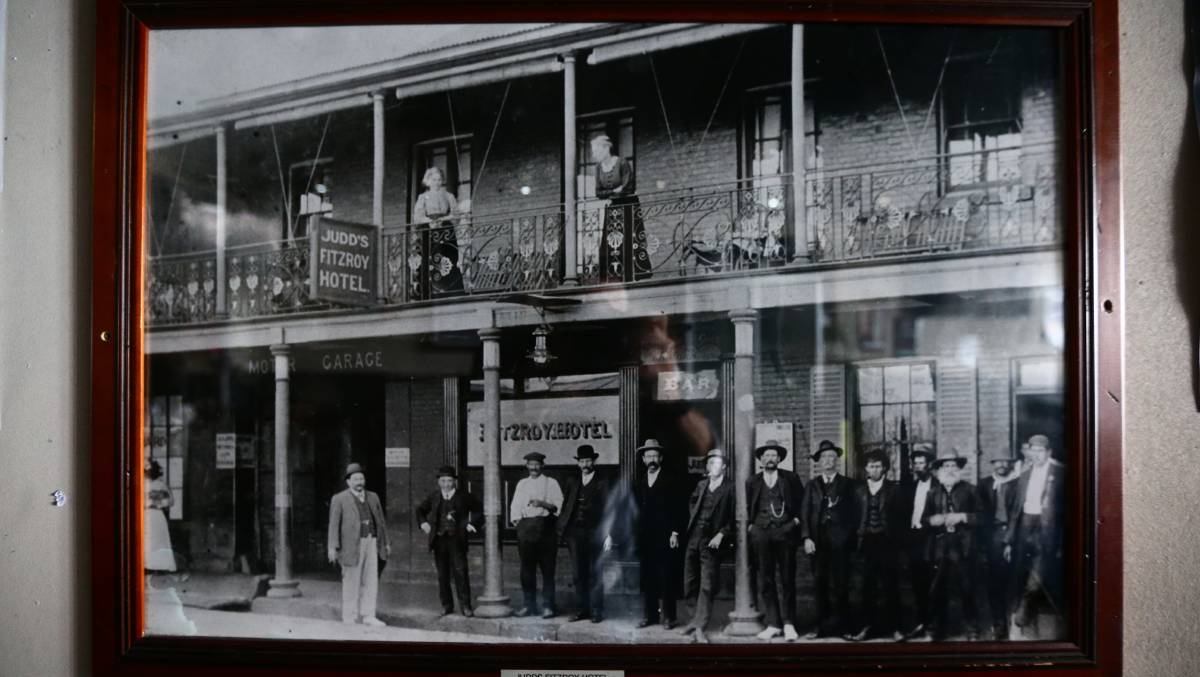 The Fitz turns 165 this year, and the Youngs had hoped to hold a special event to celebrate. Picture: Geoff Jones

Business had been suffering for a while before the Youngs made the difficult decision to pack it in. After a long weekend of deliberations, they made the call on Monday morning, and by Monday night they had broken the news to their staff. There were tears.

“We thought we just really can’t open - it’s not fair. We can’t do it. So Monday night we called an urgent staff meeting and everybody came and we told them,” said Mrs Young.

By Thursday morning, the landline at The Fitz had been disconnected, and their Facebook page had been deleted - because of trolls, Mrs Young said.

“Most people are just generally sad that it’s closed, but there’s always people who want to cast blame, the armchair warriors starting rumours for entertainment. But if you wanted entertainment, why didn’t you come here?” she said. 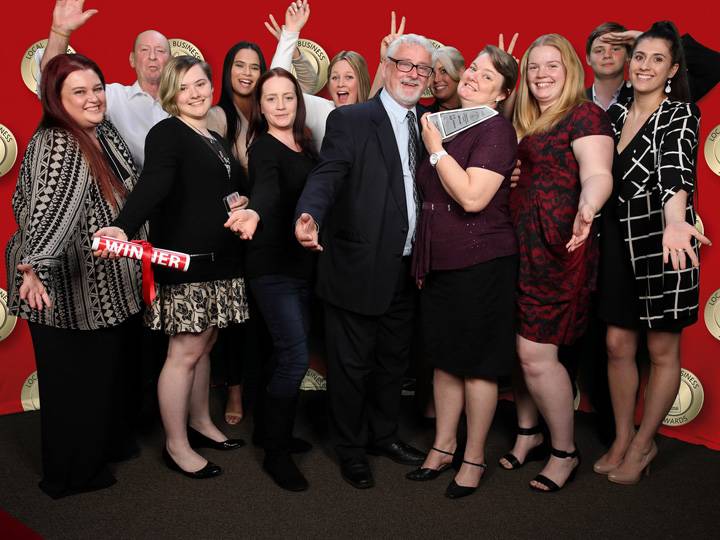 The Fitz is the third business to close-up shop at that end of Windsor Mall in only a few short months. Peter Fricker’s longstanding store Fricker’s Shoes has come to an end, with the last of the stock being cleared-out in the building next door to The Fitz. This week St George Bank closed its Windsor branch which was located just across the mall.

Hopeful punters have been shaking the padlocked doors to The Fitz all week, so there’s clearly still foot traffic in the area - but just not enough of it, according to Mrs Young. She also said Windsor doesn’t have enough parking.

“It seems to me that people just aren’t in Windsor anymore in sufficient numbers to sustain a lot of businesses. There’s empty shops and other businesses that are struggling. Windsor is a lovely little town, and it’s just a shame to see this decline,” she said.

“I’m going to be thinking very hard about what can be done to bring people back to Windsor so all the businesses can benefit. I think Council needs to be involved. It’s a historic place, and we need to be using that to attract visitors.”

People used to queue-up down the road to get into The Fitz when a popular band was playing on Friday and Saturday nights, but Mrs Young never experienced that.

Mrs Young had planned to renovate the accommodation upstairs to attract tourists for overnight stays, and launch a trash and treasure market in the courtyard on Saturdays - something for the community that used to attend the McGraths Hill general goods auction.

“There used to be a group of older gentlemen who would go there on a Saturday and they would sit and drink coffee and talk - they didn’t actually buy anything, but it was just a community, where they could gather. I was hoping to be able to provide something for them so they could sit out here and still sit and chat,” she said.

Kate Quartermain, who had worked at The Fitz since 2013 and was senior bar manager at the time of its closure, said she enjoyed working with the team and was fond of the regular customers.

“The whole reason I stayed was the people. It was such a good work family. And pretty much the same group of guys - all lovely - would drink at the Fitz every afternoon for how many years. They’re probably drinking down the road [at the Royal Exchange Hotel] now,” she said.

The Fitz won a Hawkesbury Local Business Award in the Hotel/Bottle Shop/Bar category in September last year, and also in 2010.