Lucy Banks is a single mum who spends her days much like many others.

She wakes up, makes her children breakfast, does the school run, goes to work and then settles in for an evening relaxing with her family.

Bringing home anywhere from $2000 - $20,000 per week, her career has allowed Lucy to buy a home with a spacious yard, a new car and a comfortable life for her children.

What does Lucy do for a living? She is an adult content creator on OnlyFans.

Two years after creating her account, Lucy is living the beautiful life she always dreamed of.

But with the new financial security, extra time with her kids and freedom also came doxing, bullying and a hate campaign which eventually drove her out of her hometown of Mandurah, on Western Australia's southwest coast..

When Lucy was at a crossroads after separating from the father of her children, she decided to re-evaluate her day job.

"I was recently separated with beautiful children - and I didn't want to put them in after school care, I wanted to spend time with them through that time because they were going through a bit of an upheaval.

"A girlfriend of mine from high school was doing OnlyFans and so I reached out and asked about it."

With Lucy's friend taking her under her wing, she decided to start up her own account which would eventually not only transform her finances, but the way she felt about beauty standards.

Lucy said the OnlyFans platform was unique in the fact that there is no home page and no way to promote an account through the platform itself.

"The only way people can find you is if you have the direct link - you need to advertise through other social media platforms.

"I wasn't an influencer by any means. I started from zero followers - anyone who is good at marketing can do this." 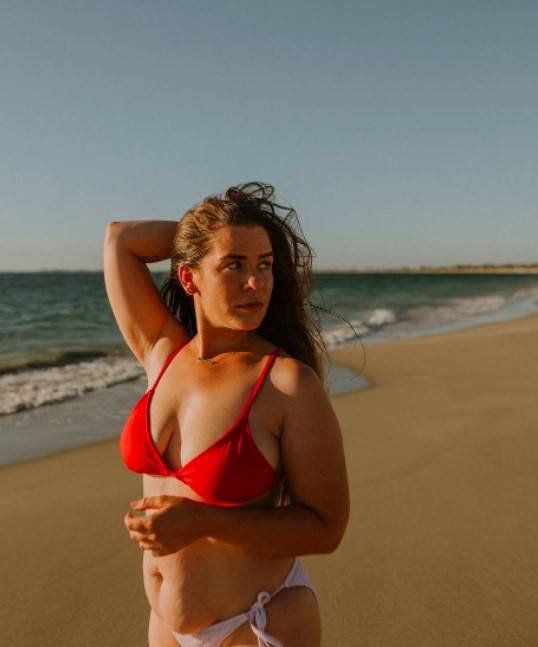 Through learning how to use the platform and promote her content, Lucy said one thing was clear to her - it was all about the energy you put in.

"I'm not more attractive than anyone else or more desirable. I have girlfriends who are the epitome of the beauty standard who were on OnlyFans for a few weeks and only made $50 and didn't want to do it anymore.

"Marketing is the reason some people are more successful on the platform than others."

Lucy added that while there were content creators making good money off of OnlyFans, there were also those who didn't make money - and that it could "have its costs" in a person's personal life.

No more counting dollars at the store

Lucy said her quality of life completely changed, where financial insecurity had previously caused her anxiety and distress, she was now comfortable.

"Maybe it'll sound silly to other people - but I can do a grocery shop and I'm not adding it up as I go on my phone to make sure I have enough money in my account. I've never been able to do that before.

"I got us a house on a big block with a yard, it's nothing fancy but we'll renovate it - and I have freedom with that because I work from home."

Lucy's children are the driving force in her life, and she said her main priority was creating the best life possible for them.

Being able to put them through private school and pay for any specialist medical appointments that come their way is a key focus for Lucy, and the flexibility of her schedule means she can accommodate their plans easily.

As far as her children finding out about her career, Lucy said when they got older she knew they would understand. 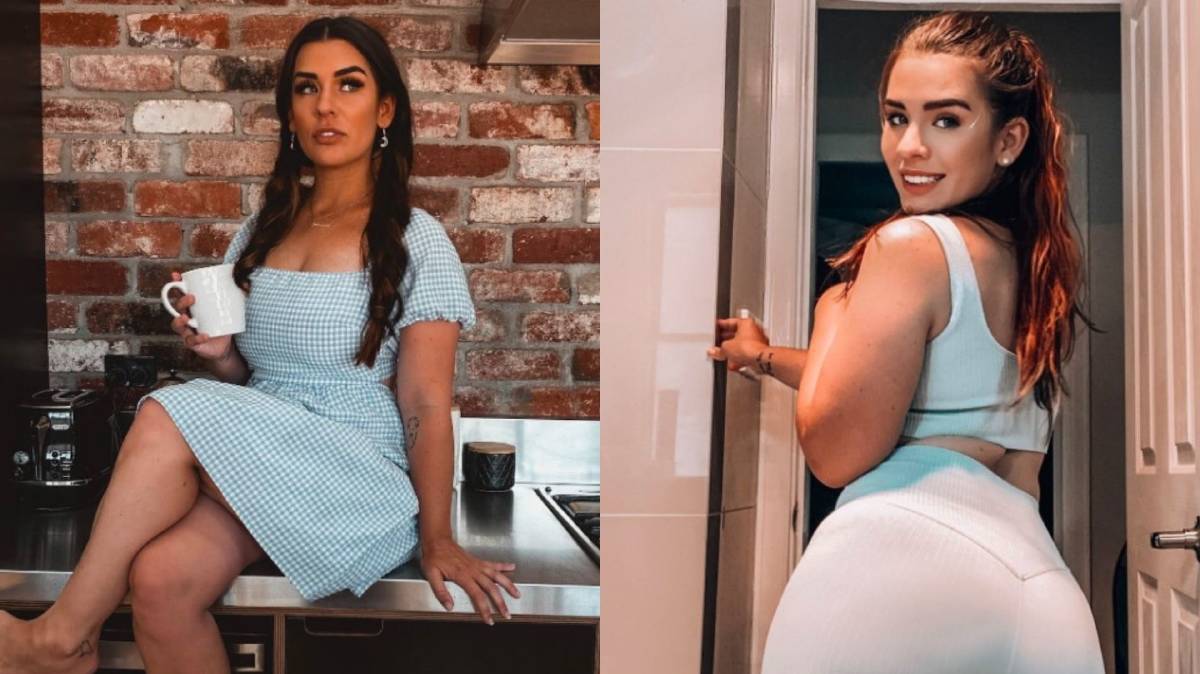 CAREER CHANGE: Lucy Banks decided it was time to re-evaluate her day job, and try something different. Pictures: Instagram.

"I'm really lucky - I've created an environment where all they know is mum works on the computer while they're at school.

"I'm raising them to know mum works hard to pay school fees and buy a house for us.

"When the day comes that they find out what I'm doing, I'm confident they will say 'look how much mum loves us' - they would never turn around and disrespect sex workers - that's not how I'm raising them."

While her children are staying with their dad, Lucy sometimes works interstate and collaborates with other creators - making sure her work never cuts into her time with them.

Despite Lucy being the happiest she had been in a long time, there was a fallout that came with her new career - one that would quite literally run her out of town.

"Mandurah is beautiful, I love Mandurah - however for such a big city - it can have such a small town mentality.

"Once I announced I was doing OnlyFans - I knew not everyone would be happy, but I did not expect the backlash I got."

Girls who Lucy used to call her friends started calling her children's school, demanding for them to be expelled.

They called the Department of Child Protection, sent her abusive messages and began doxing her by posting her real name online under articles about her.

"It was really surprising having girlfriends of mine message me 'I thought you were better than that, f*ck you, you're disgusting'.

"I just thought... I'm still a good friend to you, I literally just changed jobs. You can be a mechanic, I don't want to be one but we can still be friends."

Soon, Lucy couldn't even go to the local shops without someone approaching her or saying something to her.

She also recalled a time where someone threw a brick into her garden with the word 'slut' written on it.

Still to this day, when there is a post on social media about Lucy, her old friends will reveal her real name and private details about her life.

"When things started to get a bit scary I pulled my children straight out of school and we moved - which is a shame."

Despite this backlash, Lucy said she had no regrets about her career and knew that she was providing a beautiful life for herself and her children.

Her family have also stuck by her side, after an initial adjustment.

"If I could go back and do it again, I would - I would actually do it sooner.

"Everything I left behind is worth what I've got now."