Within hours of being released from immigration detention Novak Djokovic headed for Rod Laver Arena to have a practice session in preparation for his planned Australian Open title defence.

The world number one was freed from immigration detention after a court sensationally overruled the Morrison government's decision to cancel his visa.

While he was savouring his freedom his mother, at a press conference in Belgrade, said 'the world No.1 'was subjected to torture' while in detention and father said he was 'denied his human rights'.

Tweeting a photograph of himself and his team on the complex's main court Djokovic wrote on the social media site: 'I'm pleased and grateful that the Judge overturned my visa cancellation. Despite all that has happened, I want to stay and try to compete @AustralianOpen. I remain focused on that. I flew here to play at one of the most important events we have in front of the amazing fans.

For now I cannot say more but THANK YOU all for standing with me through all this and encouraging me to stay strong.'

The Serb was granted late night access to the court to loosen his limbs and reacquaint himself with his tennis rackets after spending nearly a week under guard at the Park Hotel, and the day at his lawyers' chambers listening to the court case.

However, Djokovic could be deported regardless as Immigration Minister Alex Hawke considers using his personal power to recancel the tennis star's visa.

That could see the 20-time Grand Slam champion banned from returning to Australia for three years.

If Mr Hawke chooses not to purse that option, Djokovic will be free to contest next week's Australian Open, where he's aiming to secure a 10th title.

Judge Anthony Kelly handed down the verdict about 5.15pm Monday after a high-stakes hearing in the Federal Circuit Court.

The court's verdict is a major embarrassment for Prime Minister Scott Morrison, who had declared "rules are rules" after Djokovic's visa was cancelled just hours after he touched down in Australia last week.

He noted that at 5.20am that morning officials told the 34-year-old that he would have until 8.30am to respond to their notice of intention to cancel his visa.

Instead, he was given less than a hour, before the decision was made just before 8am.

Had Djokovic been given more time he could have consulted other people and made submissions about why his visa shouldn't be cancelled, Judge Kelly said.

The Canberra Times has approached the offices of Mr Hawke and Home Affairs Minister Karen Andrews for comment.

Soon after Djokovic finished training at Melbourne Park his family gave a press conference in Serbia during which his mother, according to the BBC translator, said her son, "was subjected to torture, to harassment. We will hear even more about what he has gone through".

Dijana Djokovic also said: "This is his biggest win in his career, it is bigger than any grand slams." 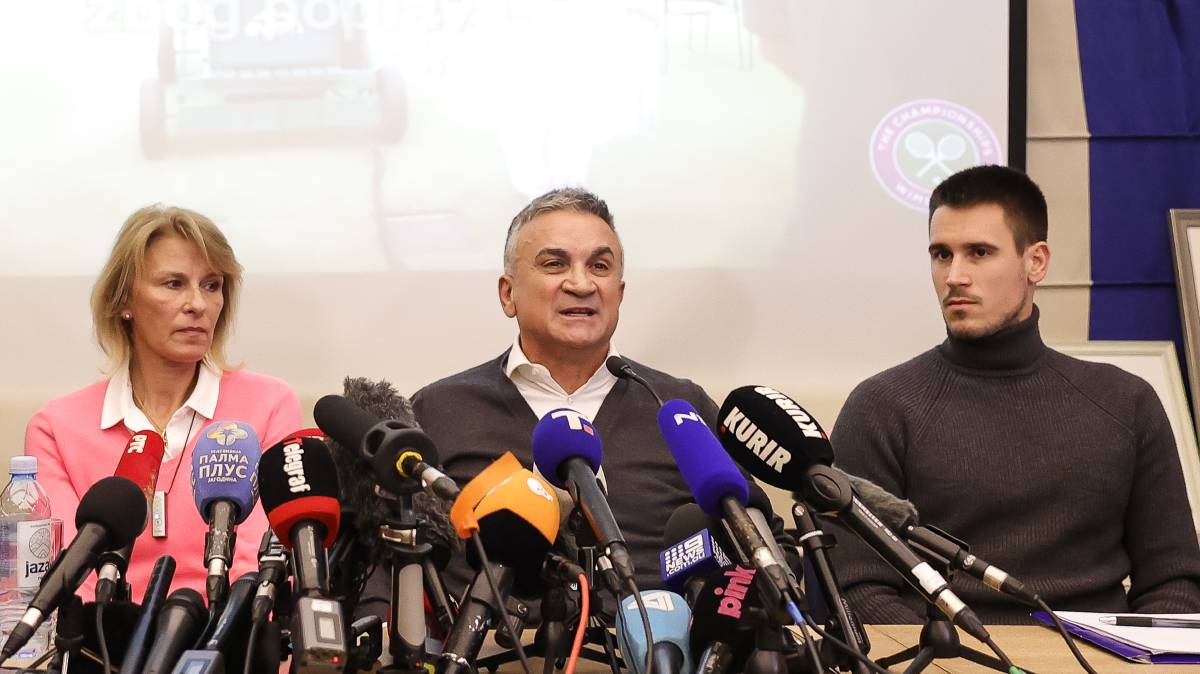 Father Srdan added: 'They took away all his rights his rights, as a human being."

Brother Djordje Djokovic said: "He went to Australia to play tennis, to try and win the Open and win the record he has been chasing for so many years."

He added: "We love Australia, Novak loves Australia, he's won it so many times, we will keep on coming back".

Former Wimbledon champion Marion Bartoli told the BBC she thought Djokovic would be physically ready to compete at the Australian Open, which starts on 17 January, but he may be mentally drained after the events of the past few days.

"I think he can work his way through the first week and build his momentum towards the second week, it's more how mentally and psychologically he will be affected by all of this," she said.

"He is really his best when he is under pressure and in tougher circumstances, but it is more about how the crowd are going to react.

"If he has the whole stadium against him booing or whatever. How much is that going to affect him? It's really hard to tell in advance."

How did it get to this?

The 20-time Grand Slam champion spent four nights in immigration detention in Melbourne after his visa was cancelled upon arrival in Australia.

Judge Kelly had earlier on Monday questioned what more the Serbian tennis star could have done to prove he had permission to enter Australia, after hearing arguments from his lawyers.

Djokovic's lawyers argued their client had permission to land in Australia and compete in next week's Australian Open unvaccinated, citing his approved visa, a medical exemption from Tennis Australia and the Victorian government and a travel declaration which "indicated" he met requirements for quarantine-free travel. 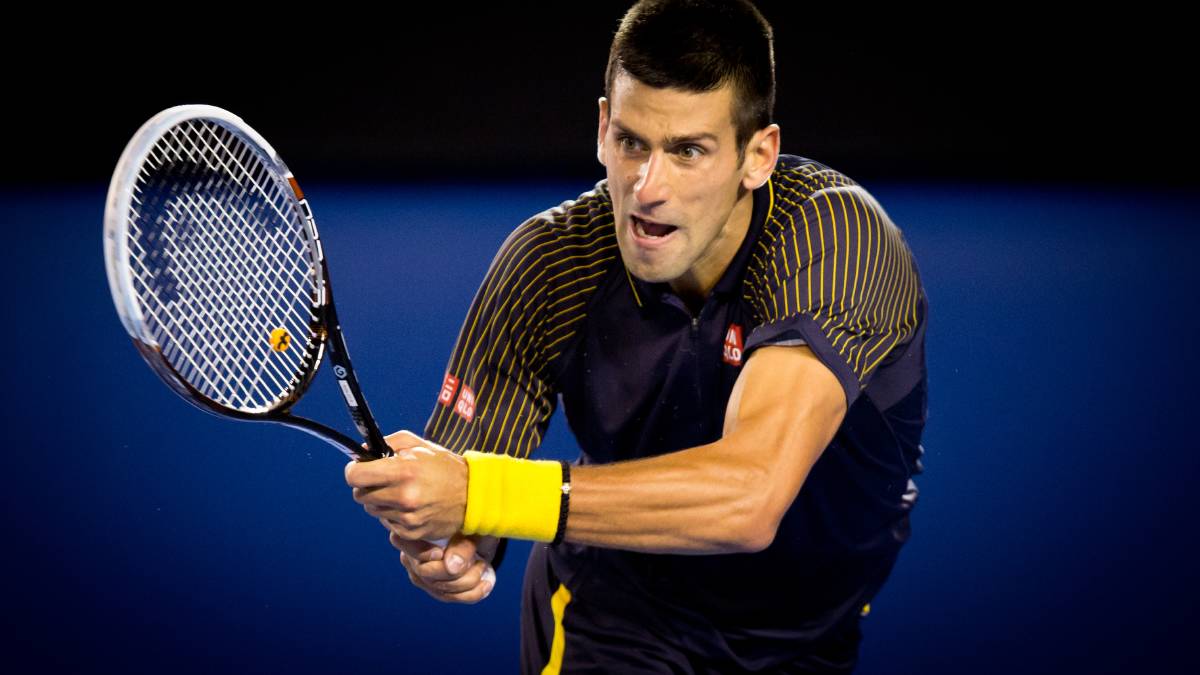 Novak Djokovic has won his fight to overturn his cancelled visa. Picture: Shutterstock

Judge Kelly said it was a "relatively significant fact" that Djokovic had obtained a medical exemption after an assessment from independent medical experts.

That exemption process was run by Tennis Australia and the Victorian government. It did not assure him of entry into Australia.

However, Djokovic's lawyers noted proof of the exemption was uploaded to their client's travel declaration - a system run by Home Affairs - which was approved before he landed in Australia.

Acknowledging the official who cancelled Djokovic's visa had access to the declaration, Judge Kelly asked: "What more could this man [Djokovic] have done?"

Court documents showed the unvaccinated tennis star was granted a medical exemption to compete in the tournament on the grounds he had recently recovered from a case of COVID-19.

Djokovic "recorded" a positive result on December 16 last year, according to court filings. Pictures have emerged of a maskless Djokovic attending a children's tennis event the following day, raising questions about his infection.

Contention over whether an infection within the previous six months was grounds for a medical exemption for overseas travellers is at the heart of the saga.

Djokovic's lawyers also argued officials "radically and fundamentally" misapplied guidance from Australia's expert vaccine panel - known as ATAGI - in ruling a recent infection with COVID-19 was not grounds for a medical exemption.

Lawyers for Ms Andrews rejected Djokovic's arguments in a 13-page submission to the court, published online late on Sunday.

Their submission pushed back against the tennis star's claim he had "done everything he had been asked to do" in order to secure entry the country, pointing out there was no "such thing as an assurance of entry by a non-citizen into Australia".

It also made clear the travel declaration document which Djokovic had relied on provided no assurances his medical exemption would be accepted.

The government has also insisted a recent infection was not grounds for a medical exemption from vaccination under ATAGI guidelines.

"The 'radical' and 'fundamental' error for which the applicant contends is thus not made out," the submissions reads.

Mr Morrison on Monday dismissed suggestions from Tennis Australia boss Craig Tiley that it had gave conflicting advice on exemptions.

"It could not be more clear," he said.

Mr Tiley made the comments after a leaked letter revealed Home Affairs had rejected Tennis Australia's pleas to check paperwork of players before they landed in the country.

Ms Andrews' lawyers pushed for Djokovic's appeal to be dismissed with costs. They argued it would also be "inappropriate" to immediately release him.

The government has made it clear Djokovic was free to leave Australia at any time. Two other Australian Open participants who arrived under similar circumstances have already left the country.

The submissions notes if the court does rule in Djokovic's favour, the government could consider "another cancellation decision".

It noted a decision which freed Djokovic would not prevent him from being redetained.

Our journalists work hard to provide local, up-to-date news to the community. This is how you can continue to access our trusted content:

This story Djokovic on court hours after visa win - but could still face deportation first appeared on The Canberra Times.