Young children are super-responsive to the rhythm, musicality and wordplay of rhyming texts. No wonder traditional nursery rhymes and rhyming picture books like Dr Seuss's The Cat in the Hat, Lynley Dodd's Hairy Maclary and Julia Donaldson's The Gruffalo are firm favourites on our nursery shelves.

From 'Noni the Pony Counts to a Million', by Alison Lester.

Like Dodd and Donaldson, Briony Stewart has created an engaging childlike character in the cheeky and lovable dog Magoo. Readers first met him in We Love You, Magoo, an Honour Book in the 2021 CBCA Book of the Year Awards.

Now the mischievous pup is back, and he's as irrepressible as ever in Where Are You, Magoo? (Puffin, $19.99). This time, Magoo has discovered the delights of hide-and-seek and peekaboo - two favourite games of preschoolers and toddlers. 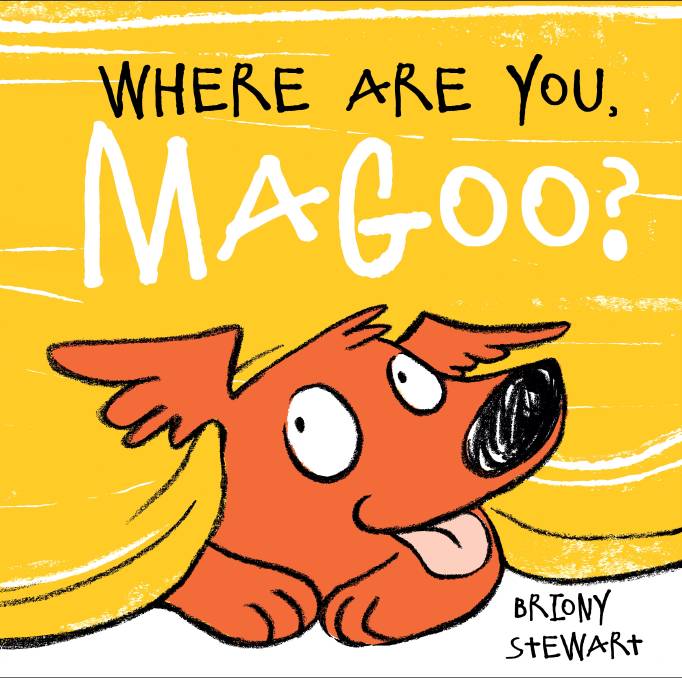 But Magoo isn't just playing. He's actually hiding from his owners after he's created mayhem of one kind or another. In the garden, he breaks a pot and rolls in the dirt, before jumping into a basketful of clean clothes. He empties the kitchen bin all over the floor. He pees on the pot plant in the hallway.

And - horror of horrors - he chews up books in the lounge room. And there's even more mischief afoot once he heads out into the neighbourhood. No wonder the favourite refrain in his household is, "Magoo! Magoo? Where are you, Magoo?"

In the illustrations, Stewart uses ground-level perspective that reveals only the lower half of the members of Magoo's family. This creates visual interest and ensures that Magoo is the star of the book from start to finish.

The use of saturated colours in a pared-back palette, strong black outlining, cartoon styling and heavy-duty pages with curved edges add to the child appeal. With its rollicking rhyming text and engaging main character, this is a joyous adventure to share with toddlers and preschoolers alike.

Noni the Pony, created by former Australian Children's Laureate Alison Lester, is also a firm favourite with youngsters. Noni the Pony Counts to a Million (Allen & Unwin, $24.99) is the fourth book in the series, and Lester's trademark creative elements again come into play in this child-friendly book. The book is presented in a small-sized landscape format, perfect for little hands. A bouncing rhyming text gently leads the reader through the story. Engaging animal characters from Noni the Pony's farm make guest appearances. And her best friends, cat and dog, accompany her on her adventures.

As Noni explores the farm where she lives, the organic lines in Lester's collage illustrations lead the eye across the pages. While most counting books for the very young start with one and end with 10, Lester takes things further, introducing the more abstract concepts of larger numbers, including dozens, hundreds, thousands and millions. She presents them in a concrete way that younger children can relate to.

There are lots of interesting details for young children to spy in this book as they count along with Noni. And, as with all of Lester's creations, the book exudes both warmth and wonder. With its simple but engaging rhyming text, a plethora of things to count along the way, and the final image of Noni and her friends asleep under a starlit sky, this is a perfect bedtime read-aloud book.

The Silly Seabed Song by Aura Parker (Puffin, $19.99) is also a great bedtime read. The story revolves around a "lullaby" played by an oyster orchestra that gets a little bit out of hand. Turtle Hatchling Fred just wants to go to sleep, but the Rock Oyster band get a carried away with their rollicking, rhyming song that makes everyone silly instead of sleepy. 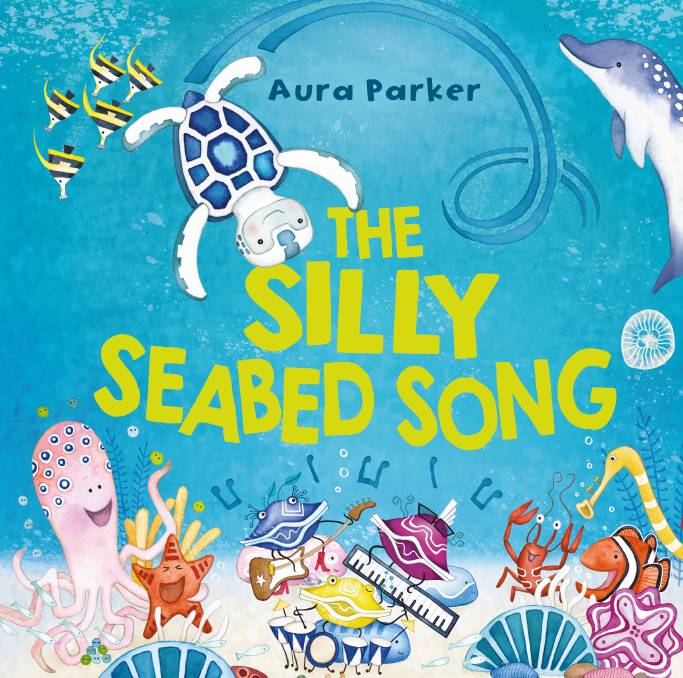 The effect on the inhabitants of the seabed is not surprising, as the song includes lines like "Jelly flubber! Wobbly gong!", which are definitely not sleep inducing. Parker's playful, patterned illustrations feature a wide range of sea creatures reacting somewhat raucously to the silly song.

Parker cleverly links their reactions to some of their real-life features. For example, the pufferfish gets overblown, the jellyfish wriggle and the sea sponge "squirts a tiny wee". In the end, even tired little Fred joins in the joyous rambustifications.

But before things get totally out of control, the oyster band turns things around by singing their song backwards, thus turning it into a proper lullaby that finally lulls them all to sleep. This is a fitting end to a humorous and engaging picture book.

Like Noni the Pony and The Silly Seabed Song, Karen Blair's Train Party (Puffin, $19.99) takes the reader into the great outdoors, as a family of five head to the miniature railway park to celebrate their three-year-old's birthday. 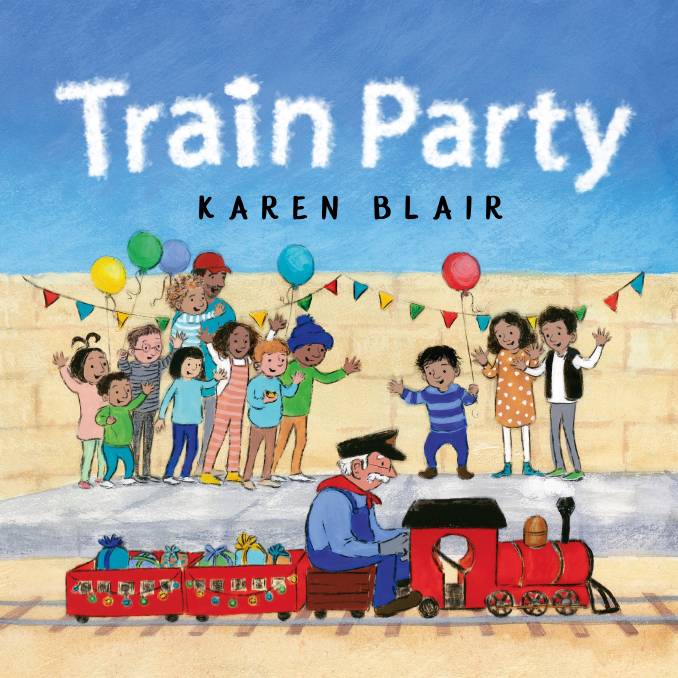 Blair's text picks up the rhythm of a moving train as it chugs through the book, with the second line of each verse rhyming with the onomatopoeic refrain "Clickety-clack". As well as picnicking, the family take a ride on one of the miniature trains. Around and around the tracks they go, over bridges, through tunnels, under bridges, and back to where they started from.

At the end, there's an appropriately themed birthday cake, which the birthday boy kindly shares with a very important person - the grandfatherly train driver with the impressive white moustache.

While the endpapers feature a map of the park housing the steam trains of the Castleview Railway, in the body of the book Blair creates visual interest through different perspectives and variations in framing.

Her colourful illustrations are full of familiar details, heart-warming family interactions and a multicultural mix of characters. All aboard!

There is also a lot of fun to be had in Amelia McInerney's Who Fed Zed? (Allen & Unwin, $24.99). McInerney is fast becoming one of the queens of humorous rhyming picture books. There is a strong musicality to her texts that carries the reader inexorably along. And she has definitely taken rhyming text to the next level in her latest book. 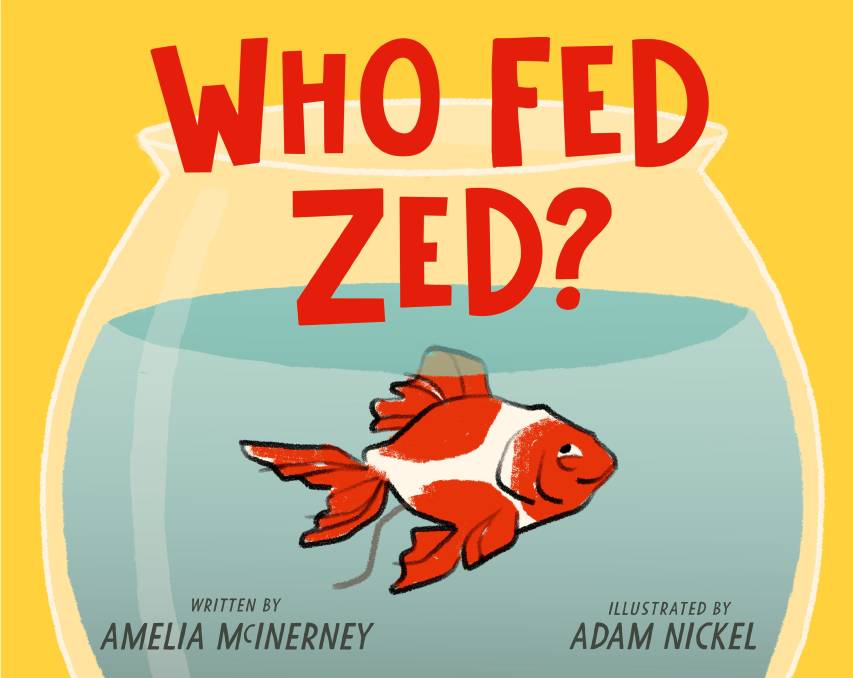 Narrated by a young person in a mustard-coloured, hooded-coat, the story features friends Fred, Ted and Ned, plus Fred's dog Jed and his fish Zed. There's a Dr Seuss-esque flavour to McInerney's rhyme, which she combines with a wry sense of humour and heaps of child appeal - including a delightful twist at the end of the book.

But underlying the entertainment value of the text are important messages about food intolerance and reading the labels on food packets. This is subtly relayed through a comedy of errors in which Zed is nearly fed bread and Jed's fleas are treated with fish food. Luckily, only fleas die in the making of this book!

The clownfish Zed is particularly appealing. He has a wonderfully Zen-like expression as he swims around in his small fishbowl - except when he's been inadvertently poisoned.

This is a fabulously fun way to introduce children to discussions about food allergies and not feeding human food to animals, while also encouraging them to see just how many words they can find to rhyme with Zed!

This story Rollicking rhymes for the very young first appeared on The Canberra Times.