It's not an exaggeration to say that Australians love slow cooking. The heart-warming smell of spices and succulent meat simmering away make us wish the meal could be ready faster! But what we love most about this method of cooking is that you can throw all the ingredients into a slow cooker and let it do the work or you. Just prep, set and forget. Cook any of the delicious slow-cooked stews, curries, casseroles, tagines, soups and more from this book and you'll be sure to impress your family and friends with your amazing culinary skills. 2 chicken breast fillets, on the bone

1. Heat oil in a 6-litre slow cooker on sear setting. Cook chicken for five minutes on each side until lightly golden.

4. Strain stock through a fine sieve and return to cooker; discard solids. Add mushrooms, prawns and corn kernels to cooker.

5. Cook, covered, on high for 10 minutes or until mushrooms are softened and prawns are cooked through. Stir in soy sauce and sake.

6. Cook noodles according to packet directions. 1. Rub lamb all over with one tablespoon of the oil and two tablespoons of the za'atar.

5. To serve, spread pitta bread with yoghurt sauce; top with shredded lamb, cucumber, cherry tomatoes, onion and a few mint leaves. Sprinkle with remaining za'atar. Roll up to enclose filling; secure with a toothpick, if you like.

Minted yoghurt sauce: Combine ingredients in a small bowl; season to taste. Cover with plastic wrap and refrigerate until ready to serve.

Tip: Use a mandoline or vegetable peeler to thinly slice cucumbers.

Swap: You can use boneless pork shoulder instead of lamb, if you prefer. For a spicy twist, swap za'atar for ras el hanout.

Keep: This recipe is suitable to freeze at the end of step four for up to three months. 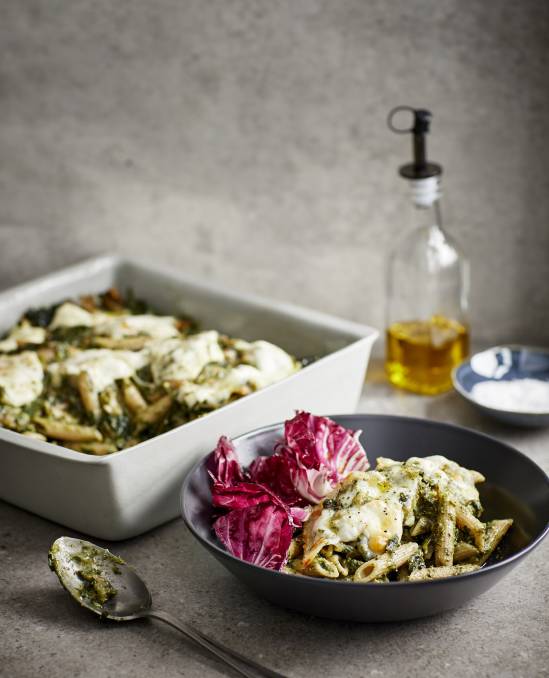 2. Using a stick blender, blend greens until smooth. Stir in pasta, ricotta, nutmeg and stock. Cook, covered, on low for two hours or until pasta is cooked through.

3. Preheat grill (broiler) to high. Spoon mixture into a 24cm x 32cm ovenproof dish. Scatter over mozzarella. Grill for 10 minutes or until mozzarella is melted and golden. 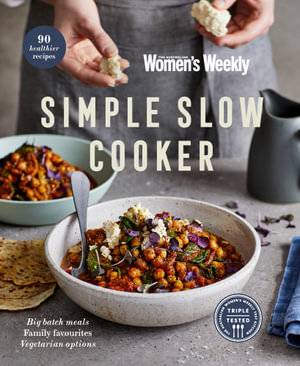 Simple Slow Cooker, by the Australian Women's Weekly. Are Media, $39.99.

1. Combine mince, fennel, half the garlic and the lemon rind in a large bowl; season. Roll level tablespoons of mixture into balls.

2. Heat half the oil in a 6-litre slow cooker on sear (high) setting. Cook meatballs, in two batches, turning, for 10 minutes until browned all over; remove from cooker and set aside.

4. Add stock, saffron and bay leaf to cooker; stir to combine. Return meatballs to cooker; season. Cook, covered, on low for 11/2 hours or until almost all the liquid is absorbed and grains are tender.

5. Serve risotto and meatballs topped with parsley leaves and drizzled with olive oil. Season to taste.

Tip: You can use a variety of mixed mushrooms, if you like.

Keep: This recipe is suitable to freeze at the end of step four for up to three months.

This story Living the slow cooker life first appeared on The Canberra Times.