Teeny Brumby was well into adulthood when she discovered she was dyslexic.

Having struggled through school, dropping out in Year 11, she describes living life often lost in "a sea of not understanding" while others around her grasped concepts quickly.

It was not until her second son was diagnosed in Year 4 that a life-changing realisation came to her.

"It was explained to us one parent is always dyslexic and at that moment the penny dropped, and in actual fact, freedom was found," Mrs Brumby, from Tasmania's north west, said

"For me, it dispelled the lie that I had believed my whole life that I am dumb. In truth, it was just that my brain operates differently."

She said a dyslexic person needs order, and must focus on only one or two things at a time.

"Too many things happening at once causes an internal meltdown," she said.

"If I am receiving instructions, and there is one, two, three or four instructions, I am lost by the fourth one because I have lost everything. Comprehension of instruction needs to happen reasonably slowly.

"We learn very differently but it certainly doesn't mean that we are not bright or smart. Sometimes it takes us a bit longer to grasp something, but when we have got it we are generally far better at that task than others."

I've felt like I have conquered the internal lie that I believed my whole life, that I was dumb. Bullocks to that. I am now studying my masters and getting high distinctions. It is just a matter of people accessing the right help for them to pursue their goals.

Dyslexia is a learning difficulty that becomes apparent when people are learning to read, falls on a continuum of severity, and is believed to affect ten per cent of the population.

"If it is not addressed early then there are serious consequences, in terms of school participation and attainment. It makes school very hard.

"If you have these problems and if they are not addressed then obviously you are going to have slow, labored and difficult reading, trouble with unfamiliar words that can lead to poor reading comprehension, spelling errors.

"They are very much left behind at school, which has massive impacts on self esteem, which can lead to depression, anxiety, school drop out.

"You end up with kids who are really battling, and they can be really smart kids. If they are given an opportunity verbally, to show their knowledge in a different way, they have a lot to offer and are actually very smart." 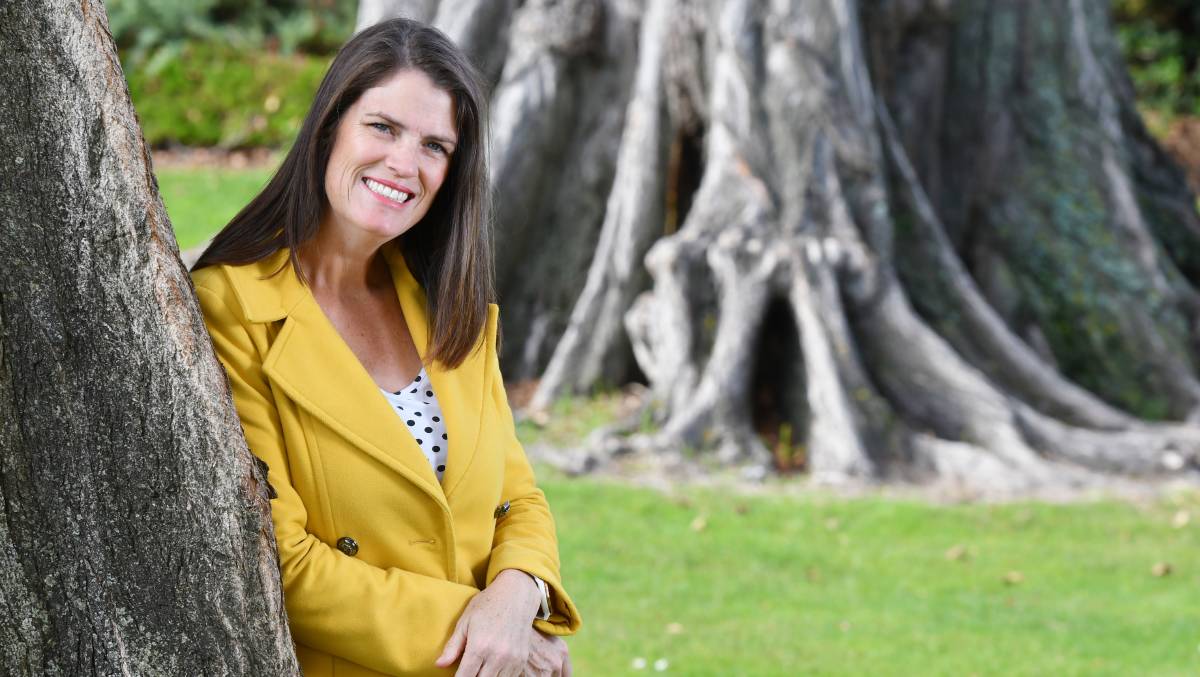 I'm not dumb: Burnie City Council alderman Teeny Brumby discovered late in life that she was dyslexic and said it was like finding freedom.

Ms Jones said there are a disproportionate number of people with dyslexia in the justice system, and many adults who go undiagnosed.

"Often kids with dyslexia are so smart that they will find ways to mask the difficulties they are having, or there is just not enough awareness around what the warning signs of dyslexia look like.

"So there is still a lot of a long way to go in terms of having the level of awareness we need to ensure no children slip through the cracks.

"Later on in life, if you can't read you can't get a drivers license, it's hard to apply for jobs, hard to fill out forms for anything. It is a really critical social justice issue when children with dyslexia are not given every opportunity to access literacy."

For Ms Jones, whose child was diagnosed with dyslexia, the school system was a "rabbit hole" in terms of trying to find what he most effective remediation is for children with dyslexia.

She started the Square Pegs organisation when she realised there was a lack of reliable information and support for parents and others experiencing dyslexia.

Although it wasn't their first choice, she said she was forced to put her child in private school.

"Then it is hard to get remediation in schools. We have parents saying to us all of the time, that once a child is identified as dyslexic, schools say 'sorry, we don't have anything we can offer'.

Ms Jones said not all schools were the same, as an educational policy regarding dyslexia seemed not to exist.

"There is no policy within the department on what the exact response should be for a child who is identified as dyslexic, or showing dyslexic traits. So at the moment it is a really hard job advocating for your child, parents have to go in to battle on their own," she said.

"There are some lighthouse schools which do have excellent responses in place, who are teaching systematically and in an explicit way, and then there are some schools who have nothing.

"At the moment, it is a really unfair system. It is just pot luck."

For Mrs Brumby, she said she would never have dropped out of school if she had known she was dyslexic.

"My goal at one stage was to be a nurse, that was my lifelong dream. I sat a biology test but couldn't answer one single question, and that was the day I dropped out of school," she said.

"I am now studying at university, and I never would have thought that possible, but because I know how my brain works I can adopt particular strategies to help me.

"I've felt like I have conquered the internal lie that I believed my whole life, that I was dumb. Bullocks to that. I am now studying my masters and getting high distinctions. It is just a matter of people accessing the right help for them to pursue their goals."

She has fostered this belief in her children, who also have dyslexia.

"My son got Dux at Burnie High School. He partnered with the belief that 'I am a smart kid despite my dyslexia'. He is the best evidence that anyone can overcome the difficulties of dyslexia but you have to partner with that internal self belief.

"Anything is possible if you believe you can do it. If you allow that belief to wash over, it can change the course of your destiny. Dyslexia can be your superpower if you let it be."

This story 'I'm dyslexic but it's my superpower' first appeared on The Examiner.