The Reserve Bank has just handed down its latest interest-rate decision and, as expected, rates are still on hold.

But the big question is where are our interest rates going? Even though the world is full of good news right now, investors are more confused than ever.

The success of the COVID-19 vaccine worldwide gives us cause for optimism, and it also means a new threat: inflation. If business activity picks up again, all that stimulus pouring cash into world markets will start to be eased back. Already, many big investors are dumping sovereign bonds, with the US 10-year yield jumping to near 1.4 per cent and the Australian 10-year yield now up to 1.7 per cent.

We now have huge labour shortages due to a lack of workers who are not available either because they are too happy on Jobseeker or because they can't get to Australia, and material shortages are rampant due to transport delays.

The bottom line is inflation is upon us - this means interest rates going up. 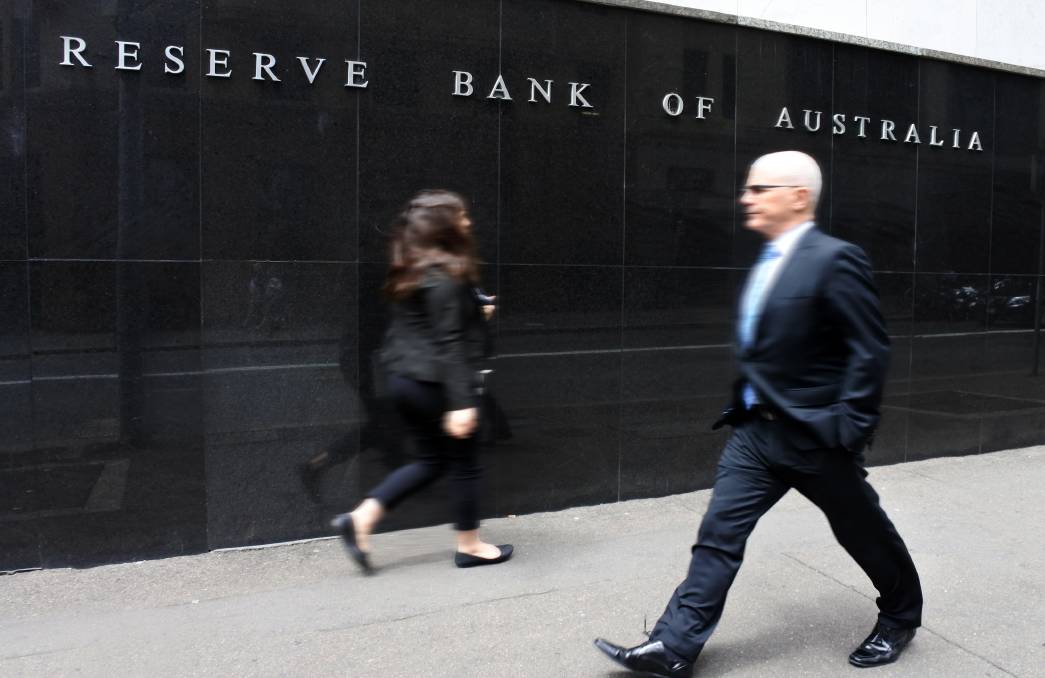 Now I know Philip Lowe of the Reserve Bank has told us repeatedly there will be no rate rises till 2024, but markets are betting it will be one to two years earlier.

My friends in the money market are betting on the cycle turning before Christmas, and history tells us that there may well be 10 interest rate rises in the next cycle.

If we assume each rise will be 25 basis points it would not be unrealistic to expect, over time, a 2.5 per cent increase in the cash rate.

That would take home mortgage rates to 5 per cent per annum or more.

Of course, forecasts are notoriously unreliable, but it would not be unreasonable to think we are very close to the bottom of the interest rate cycle, even if it's a year or more before it turns upwards.

This is a warning to anybody with any kind of variable rate loan. If you agree with my reasoning, you may wish to think about fixing part of your rate sooner rather than later.

Interest rates change all the time, but a great place to start would be one of the comparison websites, where the leading variable and fixed-rate loans are listed with the comparison rate clearly shown as well.

At date of writing, a three-year fixed loan from U-bank at 1.75 per cent with the comparison rate of 2.22 per cent looked to be one of the most attractive, but you also need to be aware of other loan conditions.

If you have a home loan you should stress test your position. Just go to my website www.noelwhittaker.com.au and play with the Loan Calculators and work out what the repayments would be if your interest rate went up to 5 per cent. After that, you should increase your home repayments to a level where you could cope easily if rates did rise by that extent.

I know that the real estate market is rocketing right now, but if rates start to rise it may well stop dead in its tracks. It's never been more important, if you're in the market, to try to get an undervalued property that will hold its value in a slack market. Property can fall as well as rise.

Most of the columns you write for people saving for retirement are based on fund growth of 8 per cent pa. With the published long-term average rise in growth funds being 8.1 per cent, this ostensibly seems very reasonable. However, does it allow for tax?

As you know, contributions are taxed at 15 per cent, and fund profits taxed at an additional 15 per cent. Is the published 8.1 per cent figure before or after tax?

The figures quoted by superannuation funds are normally net of taxes and fees. Funds in pension mode pay no tax - which is why their returns are slightly higher. Just be aware these numbers are purely for modelling purposes, and to give readers an idea of what strategies could be adopted. But they are not cast in stone, and are subject to a wide range of factors which include the strength of the Australian dollar, inflation, long-term bond rates and the behaviour of various markets. This is why it is imperative you look at your situation at least annually, and make adjustments based on conditions at that time.

My wife and I both have allocated pensions. Are these classed as "superannuation accounts" and are they subject to the 17 per cent tax if they are left to non-dependants upon our passing away? They were both super accounts before we converted them to allocated pensions in the same company.

An allocated pension is simply an income stream from your superannuation fund. The taxable component of your superannuation that is left to a non-dependent is subject to a tax on death of 15 per cent plus Medicare levy - a total of 17 per cent. It does not matter if your super account is in pension mode or accumulation mode. The best way around this is to instruct your attorney to withdraw your superannuation tax-free and deposit it into your bank account if your death is imminent.

Capital gain is not taxed until you redeem an investment, and my recommendation has always been to accumulate good shares during your working life to maximise the compounding effect. This means the growth does not give you a tax liability each year.

The only tax you pay annually is on the income. Despite the volatility of the share price, the income should be fairly consistent, which means in the first year you should have received $3500 as a mostly franked dividend. If we assume it included franking credits of $1300 you would need to add $4800 to your taxable income that year. In your tax bracket, any extra income would be taxed at your marginal rate which is 34.5 per cent including Medicare levy. The tax on this would be $1656 but you have the benefit of $1300 franking credits to put towards that tax.

The outcome would be that the total tax payable in the first year would be just $356 on a cash dividend of $3500. If the portfolio was held inside a self-managed super fund in accumulation mode the tax at 15 per cent on a grossed up dividend of $4800 would be just $720. The excess franking credits of $580 could be used to reduce your contributions tax, if any, or even refunded to the fund in cash.