Bushfire victims are paying the price for climate change in the form of soaring insurance premiums and heavy compliance costs.

One of them is NSW South West Slopes apple grower Ralph Wilson who watched in horror as bushfires ripped through his Batlow orchard in January this year.

Such bushfires will be the new normal, according to the BOM and CSIRO's State of the Climate Report 2020, which warns of longer droughts and heightened bushfire risk heading into the future.

For Mr Wilson the increased risk has meant higher insurance premiums as well as a $30,000 cost to fire-proof his property to meet the insurer's fire standards.

He has had to clear trees, remove fences, and create fire breaks around his orchard to meet the tough new standards, and he said it has proven to be a heavy cost for many in the community.

"The take home message for us in Batlow is we're not as safe as we once were because of climate change, and we now need to start putting in place measures to try to counteract that," Mr Wilson said. 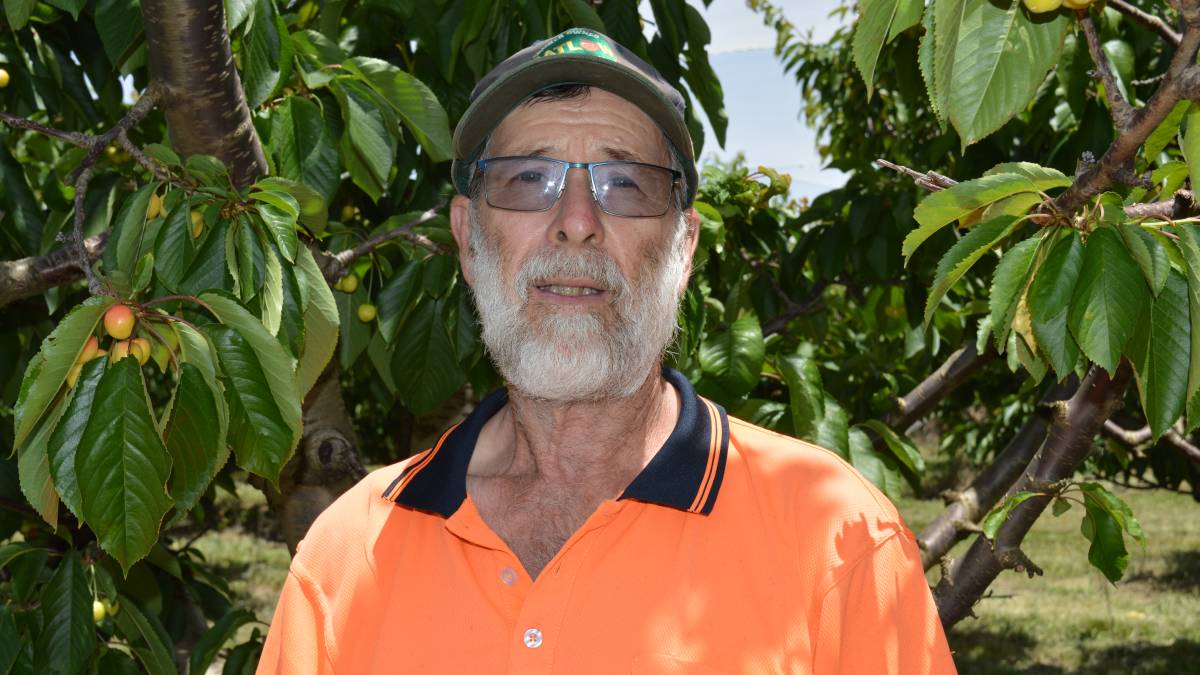 HEAVY PRICE: Wilgrow Orchards farmer Ralph Wilson was forced to watch his apples burn during this year's bushfires. He says the community is still paying the price for climate change. Picture: Contributed

"What this report is saying is that this could become the new norm, which is obviously horrendous from our point of view."

Fellow Batlow resident Dean Sweeney was forced to leave his home with his family because of this year's bushfires, and is still in the process of repairs.

Mr Sweeney said the renovations were proving to be a long and expensive process in order to meet his insurer's new standards.

He has had to put in fire-rated doors, fire resistant glass, and specially treated hardwoods in order to improve his "BAL" fire safety rating, which he says has come at a significant cost.

"Not only have we got global warming and the risk of fires, but we now have a BAL rating and the insurance companies are going to come down heavy on that the next fire season.

"I do see climate change as a serious thing we need to address, and it's a shame our government doesn't look at it more seriously because it's our children's futures that it's going to affect."

He said the insurance companies sustained significant losses from this year's natural disasters, with billion dollar payouts over the span of just a few months.

"We are seeing an increase in insurance premiums, although it's not just because of the fires," Mr Richards said.

"Following the fires there were large hail events in Canberra and Melbourne. There was more that hit Wagga and Junee shire early Spring; the frequency of these events are having an influence on the amount of premium Insurers set aside for funding catastrophic events."

However Mr Richards said there are many reforms being made in the bushfire mitigation space, such as vegetation control.

While repeat events are less likely in the areas devastated by the fires due to low fuel loads, Mr Richards said higher rain fall this year means small grass fires will be higher risk this season.

An Insurance Council of Australia spokesman said that "scaremongering" was unhelpful, but that climate change had nevertheless become a very real risk to factor into their calculations.

"Climate change is occurring along a rapid and severe pathway, and without intervention it presents a serious risk to environments, economies and communities worldwide," the spokesman said.

"The impacts of climate change are felt over generations, and changes to risk are adjusted incrementally in annual policies when new risk data is available."

The spokesman said there were no uninsurable regions "at present" but warned that the government needed to bring in sweeping policy reform if there was going to be an "insurable future" for some of these areas.

"The Insurance Council of Australia does not believe any part of Australia will become uninsurable, though risk-rating may mean high premiums for many property owners," he said.

"Implementation of stronger building codes, improved land-use planning and permanent mitigation measures, where necessary, will be key to ensuring an insurable future."

Adelong farmer and Snowy Valley Council mayor James Hayes said he too would like to see some of these reforms that were recommended in the 2020 Bushfire inquiry.

On top of these, Councillor Hayes said the government needed to step up and take responsibility over much of the high-risk bushland in the region.

Councillor Hayes said much of that bush area is technically government-owned land, but has been left in the hands of local councils who are ill-equipped to handle such vast swathes of forest.

Cr Hayes said they could hardly afford to maintain their own roads, let alone constantly manage fuel loads and other bushfire risks on behalf of the government.

"A lot of crown land is in the trusteeship of local councils, and honestly we can't look after a lot of what we've got. We have trouble balancing the books and making sure our roads are up to speed, so looking after fuel loads in crown land adjoining residential land is an issue for us," Cr Hayes said.

"I'd like to see a lot of that land better utilised. In some cases, I'd like to see it grazed, and in other cases I'd like to see other agents take responsibility for them. It can't just be left up to council. We've got enough to do and we've had enough cost-shifting from state and federal government."

He said much of the land had been essentially abandoned by the government and left to grow wild and collect fuel loads, turning places such as the Tumut Bush Common into accidents waiting to happen.

Cr Hayes said he would like to see these abandoned plots of land finally put to use, whether for grazing or for residential areas.

"Just to lock them up and let them go to wrack and ruin and grow weeds and become a potential issue for the town is probably not good enough," Cr Hayes said.

He said the surrounding area appeared to be safe for the time being, since much of the fuel load had burnt up during this year's bushfires.

However, Cr Hayes said the government needed to take pre-emptive steps on bush management and climate change, saying the prospect of more 2020-like bushfires "bothers the hell" out of him.

The State of the Climate Report 2020 warns that more bushfires like the ones in 2020 will indeed become more common due to climate change.

"Climate change influences long-term trends in some of the key risk factors for bushfires in Australia," the report says.

"Increased frequency and intensity of extreme heat as a result of climate change can also worsen extreme fire weather risk."

The report says that 2020 is well on track to being the hottest year on record for Australia, with the first nine months of the year going far above the average yearly temperature.

Last year was the hottest and driest on record so far, with 2019 being 0.2 degrees warmer than the second hottest year on record, which was 2013.

Looking into the future, the report predicts more extreme fire weather and longer fire seasons, especially for the southern and eastern parts of Australia and encompassing the Riverina.

Where there is rainfall, the report predicts it will come in shorter, more intense bursts across the country.

The authors unambiguously attribute these changes to man-made carbon emissions, which have pushed up Australia's average temperature by about 1.44 degrees since records began in 1910.

"The recent warming can only be explained by human-caused emissions," the report says.

That conclusion is echoed by the 2020 Bushfire Inquiry, which says greenhouse gas emissions "clearly played a role" in the conditions leading up to the bushfires.

It recommends for better climate modelling in order to more accurately predict and prevent such bushfires in the future.

However it says climate change was only one cause for the widespread devastation, with many failures of government leading to a "compounding" effect across the region.

One of them was under-resourced firefighters, who were prepared to handle a "normal" fire season but not one on the scale of 2020.

Another is the inadequacy of the existing Bush Fire Risk Management Plans, which it says are in need of a "performance audit".

Such management plans would also need the cooperation of farmers and landholders, and so the inquiry recommends government subsidies to encourage them to do bushfire mitigation on their own land.

These subsidies would need to be negotiated with the insurance companies with a view to cutting risks and pushing down the price of insurance premiums.

Deputy premier John Barilaro said the government has learnt some "harsh lessons" from the bushfires, but they were committed to change.

"Last bushfire season was unlike anything we have ever dealt with before and we need a government response to match," Mr Barilaro said.

"Things like strategic hazard reduction and better land management no matter the tenure are essential when it comes to keeping our communities safe."