For years, priceless treasures have been hidden away in Sydney in small dark rooms down the ends of corridors in nondescript buildings. Egyptian mummies, Grecian urns, samples collected by Charles Darwin, and art from Francisco Goya to Arthur Streeton. They are all part of the collections of the University of Sydney, held (and added to) for more than 150 years across different parts of the campus, focusing on ancient archaeology, natural history, and art. Although they've been open to the public, most locals probably didn't even know they existed.

That's all set to change with the opening on November 18 of a new building known as the Chau Chak Wing Museum in the heart of Sydney University, designed specifically to bring the 450,000 items together and create a new cultural landmark for the city across from the historic quadrangle. 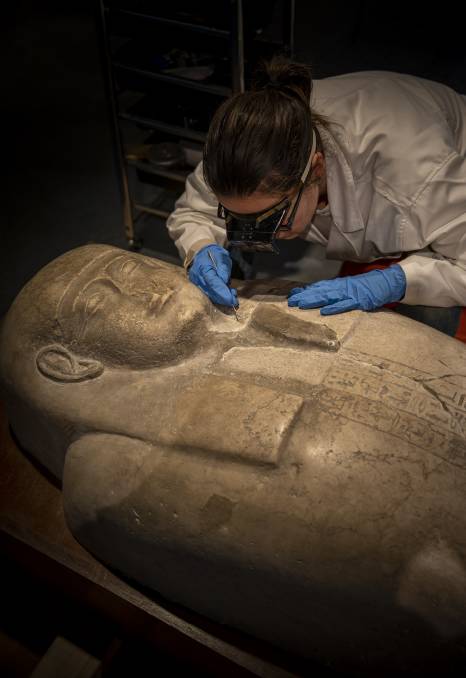 "By putting the collections in one of the most prominent positions of the university, it's really saying this is a major museum, a major collection, and it's for the people of Sydney," says David Ellis, the university's museums and cultural engagement director.

Like many of the world's top museums, entry will be free, with the aim to create an international institution that encourages conversation about the works and the way they relate to each other.

"I think there's a realisation that museums are not a privilege, they are a necessity. They are part of that mix of our cultural and our emotional wellbeing," David tells me.

There must be something in the air in Sydney because later in the month, on November 28, the city will also see the highly anticipated reopening of the Australian Museum - and the NSW Government has just announced the entry fee will be permanently dropped there as well. After a 15-month and almost $60 million renovation, the museum has created a new atmosphere for the natural history and cultural collections, full of bright galleries and modern designs within the beautiful heritage of the sandstone building across from Hyde Park. The new look adds 3000 square metres of space, allowing more of the museum's 21.9 million objects to be shown across 17 galleries, including the excellent Pacific and Indigenous collections. And, if like me you remember visiting on school excursions, you'll be pleased to know there are still plenty of dinosaurs. There's also a new cafe and restaurant, with the hope the museum becomes more of a meeting place.

"It's a really remarkable collection but I always felt the physical museum let that down a little bit and now it doesn't," the museum's director, Kim McKay, says. Inside the new digital experience at the Sydney Opera House. Picture: Daniel Boud

"These days what people want out of museums is the whole experience. They want nice food, they want to be able to buy a drink, they want a good coffee, and somewhere they can sit quietly."

The cultural renaissance occurring in Sydney this year was planned before the pandemic, but it's quite fortunate timing for those of us now looking to explore Australian cities with fresh eyes. As well as the two new museum spaces, there have also been big developments at two of the city's World Heritage Sites.

The Sydney Opera House has just reopened for visitors and there's a new emphasis on offering experiences for Australians who already know a lot about the building, with a series of reimagined tours launched this week with backstage access, a focus on architecture, or even an included meal. It's incredible how much there is still to discover underneath those iconic sails.

But the most impressive element is the tours' new digital experience in a purpose-built venue that uses surround sound and 270-degree visuals to give a sense of the Concert Hall, which is currently closed for renovations. The general manager of tours, Nicky Brandon, says the Opera House has wanted to build this experience for a while. Take a tour of the interior of the Sydney Opera House. Picture: Cybele Malinowski

"Everything needs to continue to evolve and ways of storytelling are always evolving and, especially now with technology, you need to find the right way to make your experience connect with it and not just through a tokenistic perspective."

You'll find something similar at the Hyde Park Barracks at the other end of Macquarie Street, which has just had a huge renovation to add immersive activations, the first major changes to the museum since it opened in 1990. As you walk through the barracks, you'll hear audio of real stories from people who spent time here - convicts, guards, immigrants, asylum inmates - with the theatrical storytelling style bringing the historic site to life. 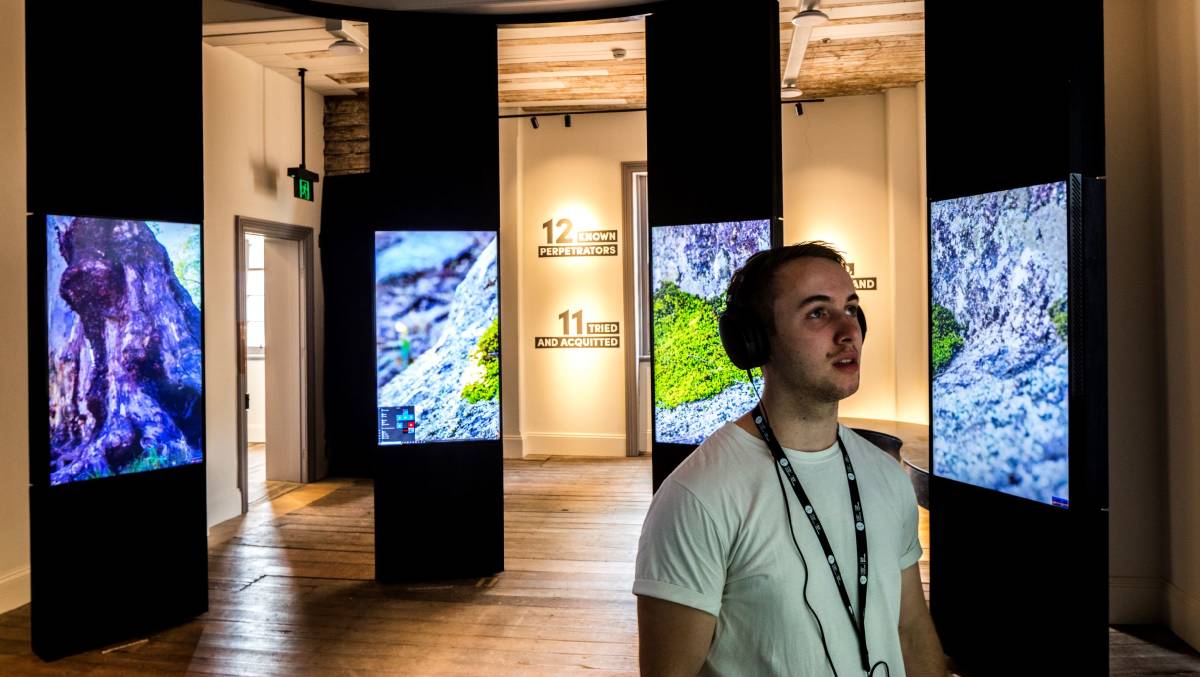 "Being in the hammock room is a completely different experience than before, and it's incredibly atmospheric because you're immersed in the sound of 70 convicts being in that space after a hard day's work and you almost start to smell it," the museum's curator, Beth Hise, explains.

Although previously the majority of visitors to the Hyde Park Barracks were international, the new exhibition is very relevant to a domestic audience and Beth thinks there's never been a better time for local visitors to see how the legacy of this time still affects our lives.

"What we're hoping for is that people coming will start to think about what parts of the past are living in their present and how do we recognise why it's so important to know our history so we can create a better shared future together."

Sydney has obviously changed remarkably since the convict era and it's in another state of physical transformation at the moment, perhaps a reflection of the fact that more people visit museums than sporting events in the city. In the coming years, there will also be the new Sydney Modern Project at the Art Gallery of NSW, and the Powerhouse Museum in Parramatta. For locals and visitors alike, it's another reminder that Sydney is not just the harbour and beaches.

Michael Turtle will be bringing you new ideas each week for travel within Australia. You can see more details on his Travel Australia Today website about the best museums in Sydney.

This story How ancient history, priceless treasures got a brand new Australian home first appeared on The Canberra Times.